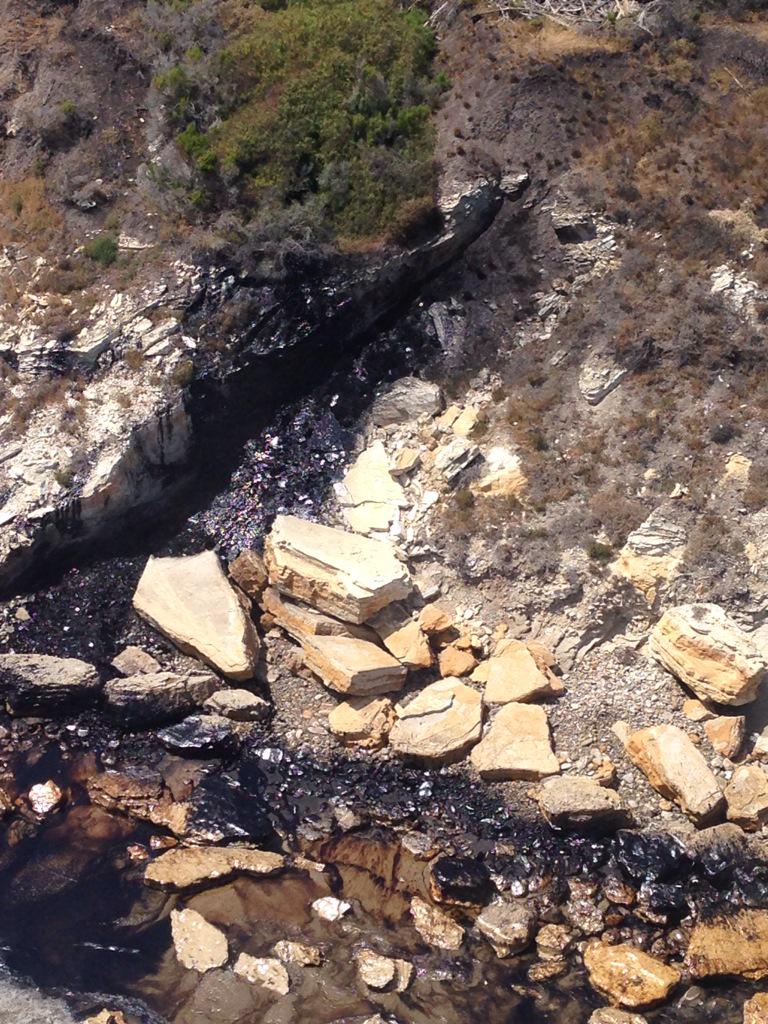 We’re in the middle of deadline, so apologies for not following up on the oil spill crisis in Santa Barbara. But here’s an update from CNN:

Of course, a big concern is the environment. There are shorebirds that live in the area — thesnowy plover and least tern nest on sandy beaches, and the cormorant can dive deep to find food. Officials want to make sure that none of the birds or other wildlife suffer damage from the spill.

“An aggressive and effective cleanup response to the spill is underway,” said Mark Crossland with the California Department of Fish and Wildlife. “It will go on as long as necessary.

“Every effort will be made to minimize the damage to the environment, including taking care of oiled wildlife,” said Crossland.

Fishing and shellfish harvesting have been closed in Santa Barbara County until further notice.

There’s also concern about the next park down the road, El Capitan State Beach, with sandy shores and rocky tide pools. Thousands of people are expected to flock to El Capitan over the Memorial Day weekend. It’s located on another unspoiled stretch of coast. Visitors go there to kayak, hike and picnic.

The California Department of Fish and Wildlife has three 65-foot vessels on the scene, collecting oil, and six boom vessels in operation, according to its Twitter feed. There are 73 people in the field collecting oil and protecting the shorebirds.