It appears imminent that the hard work covering decades to remove four dams along the Klamath River in Northern California and Southern Oregon, and the recently released final Environmental Impact Report from the Federal Energy Regulatory Commission means the projects could begin as soon as 2023.

NOAA West Coast Fisheries posted the following report on the pending project that would open up significant open-water habitat for spawning steelhead and salmon: 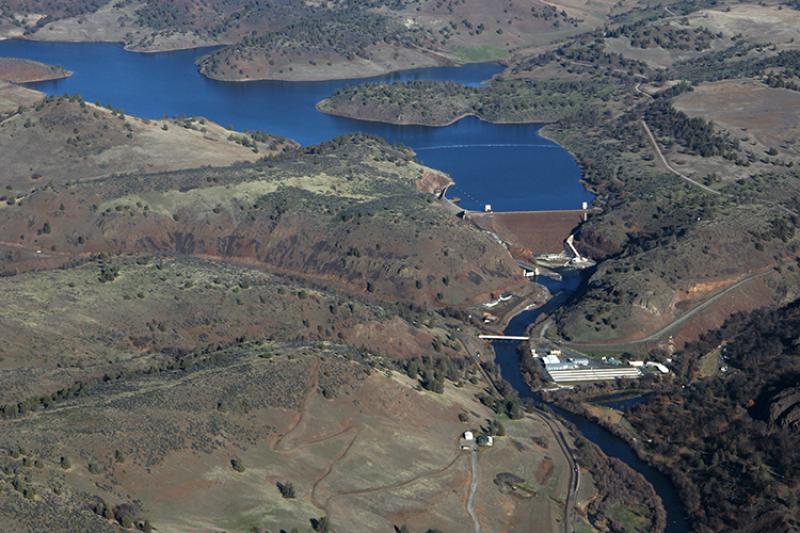 Iron Gate Dam on the Klamath River is one of several expected to be removed in 2024. Credit: Thomas Dunklin.

A decades-long effort to remove four dams on the lower Klamath River in California and Oregon would be the largest dam removal in the world. The dam removals would reopen access to more than 400 miles of habitat for threatened coho salmon, Chinook salmon, steelhead trout, and other threatened native fish. NOAA is one of many partners collaborating to build a network of restored habitat that can support these species once the dams are removed.NOAA, the Pacific States Marine Fisheries Commission, and Trout Unlimited have released a detailed plan for restoring habitat in a key portion of the watershed.

For decades, tribes, nonprofit organizations, private landowners, and federal, state, and local government agencies have worked to restore habitat across the Klamath River watershed. However, this work has primarily occurred either downstream of the Iron Gate Dam or upstream of the Link River Dam. The area between these two dams is known as the Reservoir Reach. It had previously been a low priority for restoration projects, since the dams blocked fish from accessing much of this habitat and much of it was inundated. With dam removals expected to begin in early 2024, restoration of this historically inaccessible habitat is now more important than ever.

NOAA and partners’ new report outlines priority habitat restoration projects in the Reservoir Reach. The project team assessed current habitat conditions and limiting factors for salmon along 63 miles of the mainstem Klamath River and 39 miles of tributaries. The result is a list of nearly 200 high, medium, and lower priority projects, including:

The report will provide funders, researchers, restoration practitioners, and others with a resource to use when considering potential projects to implement in the Reservoir Reach.

The Klamath was once the third largest salmon-producing river on the West Coast, and an important source of food for Klamath Basin tribes. But dams, combined with land and water use impacts, have contributed to declines in salmon and steelhead abundance. This has impacted tribal, recreational, and commercial fisheries and the communities and economies they support. Individually, each of the many potential projects would provide important benefits for fish and water quality. Together, NOAA and partners’ collective efforts will help continue to build a network of habitat on the Klamath River and its tributaries. Future dam removals will allow salmon, steelhead, and other species to access many miles of strategically restored habitat.