The following press release is courtesy of Wildlife Forever:

Grann joined the non-profit organization in March of 1992. Prior to Wildlife Forever, he was Executive Vice President, Voyageur Art specializing in state duck-stamp prints and created the Australia “First of Nation” Duck Stamp Program.  He also served as Director of Operations for the National Wild Turkey Federation, starting their popular Super Fund Banquet program.

Mr. Grann’s responsibilities included the leadership of Wildlife Forever, management of staff and programs, plus creation and development of national campaigns. Grann states his greatest achievement was ensuring no less than 80% of every dollar raised was spent on conservation.  This goal was accomplished for 25 years with 94% of all revenue going directly to mission, confirmed by independent audits, in recent years.

“Wildlife Forever was built and supported by individuals who care deeply 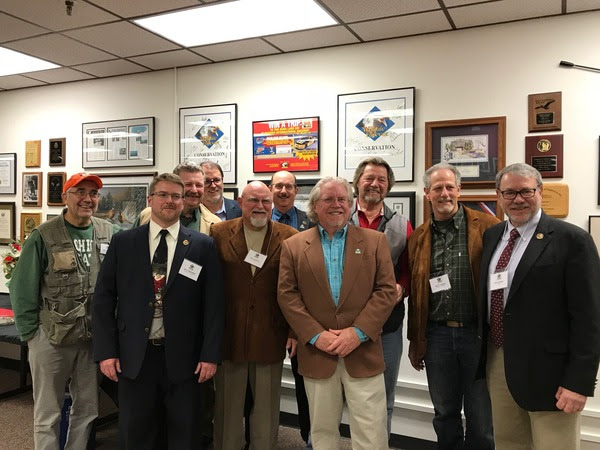 about the future of fish and wildlife.” said Mr. Grann.  “I am most thankful for those dedicated members, directors, staff and sponsors who invested in conservation and believed in developing stewardship in America’s youth. Thank you all, it has been a privilege to guide Wildlife Forever.”

One of the best measures of success comes from credibility and what others say about one’s work. Over Grann’s 25-year span, Wildlife Forever has received 60 special recognitions and major awards from state and federal agencies, corporations and governmental organizations.

“It’s been an honor and a pleasure to work with Doug Grann,” said Scott Grieve, Chairman, Wildlife Forever.  “I have served on the Board during Doug’s building of the organization and developing programs.  His tireless work on behalf of conservation and education is admired by everyone who knows him. We look forward to his continued leadership and new role as President of the Board.”

Grieve further said, “Wildlife Forever believes conservation education will ultimately determine the future of America’s fish & wildlife heritage. It is only through education and participation that we will pass on the stewardship of our natural resources to the next generation.”

As Wildlife Forever moves forward this vision remains the same for Pat Conzemius.  Pat has served for the past 10 years as Conservation Director and has handled all conservation projects, partnerships, grants and campaigns.  Conzemius concluded, “I am proud to continue this legacy Doug has built and will do all I can to ensure we maintain the highest of standards and always work to conserve America’s fish and wildlife.”

Wildlife Forever (WF): Wildlife Forever’s mission is to conserve America’s wildlife heritage through conservation education, preservation of habitat and management of fish and wildlife.  For 30 years, WF members have helped to conduct thousands of fish, game and habitat conservation projects across the country. Recent audit reveals a 94% to mission rating.  To join and learn more about the award-winning programs, including work to engage America’s youth, visit www.WildlifeForever.org.